On today’s date, a year ago, 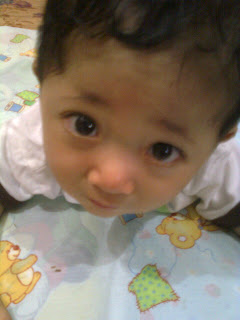 There were tears of happiness..

And there were also tears because

So afraid of losing him..

Just like what we have been told to expect..
.

Though he’s now a toddler,

He hasn’t figure out how to walk.. Or even crawl..

But he’s trying so hard to creep and hold his head up straight..
.

We have stopped comparing him with other babies..

Because he’s special in his own way..
.

For the past one year, life has been so hard..

But we know, it will be harder without him..

He has taught us to live and be alive..

He has touched us in so many ways

And he has changed our view of life

He knows how to knit our heart

And this is simply because

He is the greatest gift of love!