The sentence that welcomed parents to join the contest is - As a mom, you should be very proud of your little angel. As a mommy who's really proud of her bundle of joy, I've decided to join this contest. I don't mind if Ian doesn't win this title, because in my heart, he'll always be my cute little boy (with a funny shaped head.. :P).
.
In my case, it's not about winning, but I guess it's all about accepting him just the way he is. Biar pun ramai yang menegur bentuk kepalanya dan memberikan pandangan aneh.. Mind you, he spent most of his time lying on his back which makes the head went flat. Blame the mommy for not putting him on his tummy!! But now, he moves a lot.. =)
.
Ok, these are the steps that need to be taken :
.
- Get a photo of your baby in RED (red dress/red shirt/red pant/red hat/red towel/red blanket… no! you can’t paint your baby red…ha..ha..ha)
DONE
. 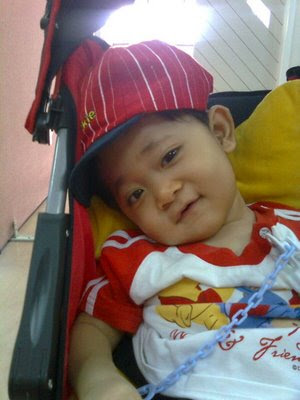 Name : Tuan Rayyan Ariff Bin Tuan Alimin
DOB : 12 May 2008
.
- Write a blog post about this contest with title MomBloggersPlanet Cutest Baby in Red Contest
DONE
.
- Include your baby’s photo in the post and mention his/her name and date of birth.
DONE
.
- Explain why your baby should grab the title “Cutest Baby in Red“
Well, the reason is so simple, with his fair skin, he looks good in any color, and I think, he shines the most in red.. =)
.
After all, he could really use a HARDCOVER Photobook to capture a year of amazing life in cuteness that he has went through.. and mommy could really use a new bag.. :P
. 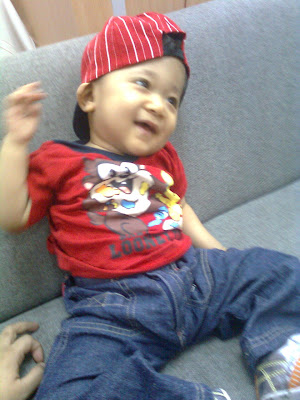 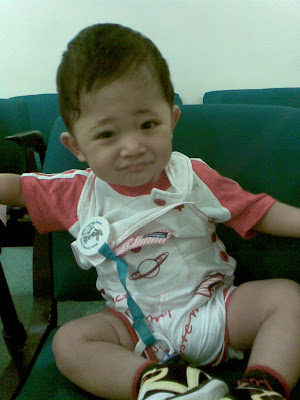 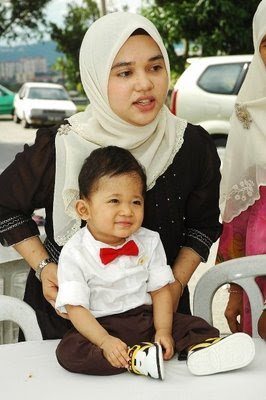 Littlemama, red-colored-bow-tie leh terima pakai ke? :P
.
And this little miracle, he has been a cute baby since day one of his life.. :P
At first, he looks like a cute baby alien which I don't have any photo to share (blame it on the hard disk!).
Then, after his first operation, he looks like a very cute baby ultraman.
. 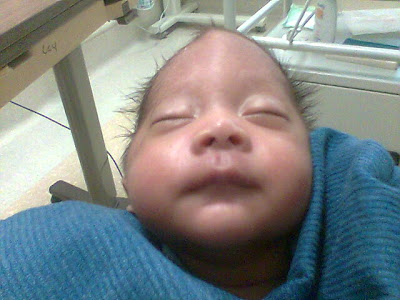 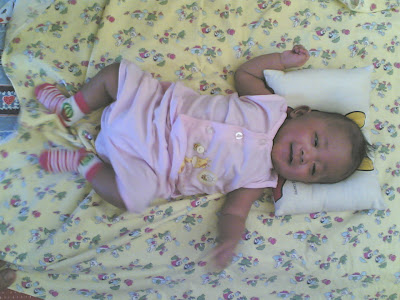 Later, he turned again. And this time, into a cute chocolate colored baby. Amazing right? In a year of life, this little miracle had appeared in so many cute ways! :P

That's why he deserves to win!! :P

- Include a link to this contest page, PhotoBook Malaysia and AliceWonders in your entry. 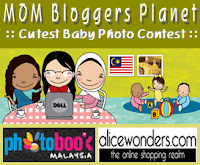 Jiey.. hahahah comey n ensem... i sure u boleh menang..kalo i juri..
i amik ian as PEMENANG.. yang lain PENGALAH...lalalalalaa
and oh ya my doter pun pemenang..kan kan kan..

haha tergelak i baca ps u..
so semestinya U LAGI KIASU dari I...
hahahahah