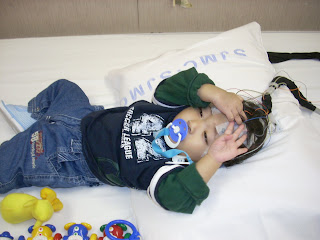 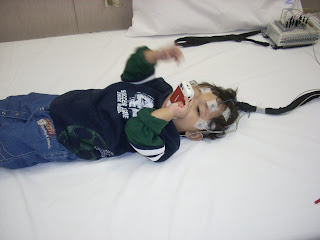 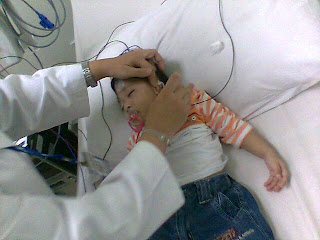 For this test, they have to sedate the baby. Luckily, Ian was asleep when we started.. So, no need to drug him.. 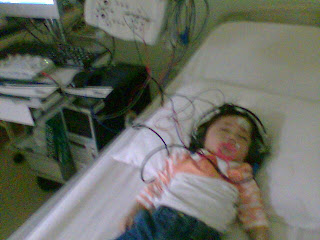 Lights off. Put a head phone on the baby.. Good nite..

Results for both test? Not too good and not too bad.. It's ok.. We can handle the not-too-good part as long as there're hope with us.. And there are! =)