It was yesterday actually. Our 5th anniversary and I'm late in posting again.. Nothing new about that right?? :P

We are overwhelm with so many things at the moment. Hopefully I can find time to blog about it later..

Nothing extraordinary on the celebration. I was on emergency leave yesterday after spending most of the night caring and nursing a very sick child. Mr. Hubby BBM me with some sweet wordsn and later, brought back a cake. 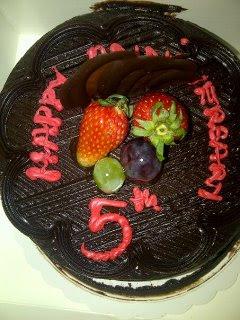 Later at night, the two of us went for a dinner at Timor Place. Not too far from our house as Rayyan Ariff is still recovering and we want to be in an area that is easily reachable should there be an emergency alert from my sister or my maid. 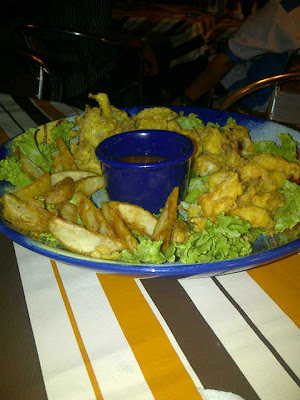 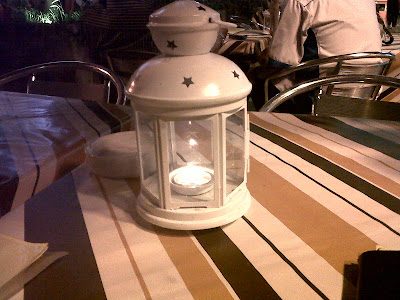 Our dinner went well. Right after we finished our food, we went straight back home.. Quite a hurry actually, it's really a quick one..

"Rayyan dah tido ke?" Mr Hubby asked me. Before I could reply to him, he continued with his words..

Then both of us were quiet. The journey was only filled with some sound from the radio..

Yes, it was very empty without the kids around. Deep inside my heart, I'm praying for good things not only for Rayyan Ariff, but for all.. Amen.
Posted by Jiey^Mien at 9:49 AM

What happen to rayyan ariff??