From his birth date till today, Rayyan has only been at 2 places..
1. Bangsar - Pantai Medical Centre
2. Ampang - Rumah kami..
Last week, we noticed that there's something under Rayyan's armpit. I quickly rang NICU and asked them what it is. The sister told us that it could be a cyst since it's not red or boil. There's no fever and he didnt cry when we touch it. So, we took him to PMC the next morning..
Alhamdulillah.. It's just a swollen lymph node from his last BCG injection. Since we're not in a rush, we went to NICU.. Just to see the sisters who used to take care of Rayyan and babies who used to be Rayyan's frens..
Dah ramai yang xde.. Tp dapat jumpa Aiman.. He's going home that day.. Congrats Kak Azwa coz finally gt to bring him home..
. 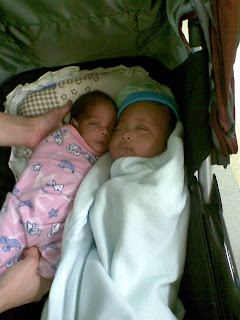 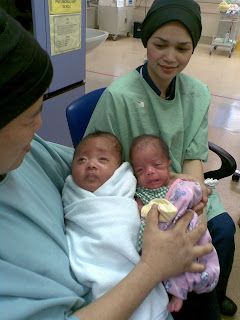 Aiman is really brave.. He's quite a fighter.. He was born 3 days after Rayyan with weight at birth that is less than 1kg @ 28 weeks. Being a very brave young boy, he now weight 1.9kg and it's time to go home!!!